The refresh of the South 6 website needed to be done in a month on a tight budget. By utilizing the budget in the user experience area we're building a foundation for testing and iterating in areas that'll make the biggest difference for the user and the business. 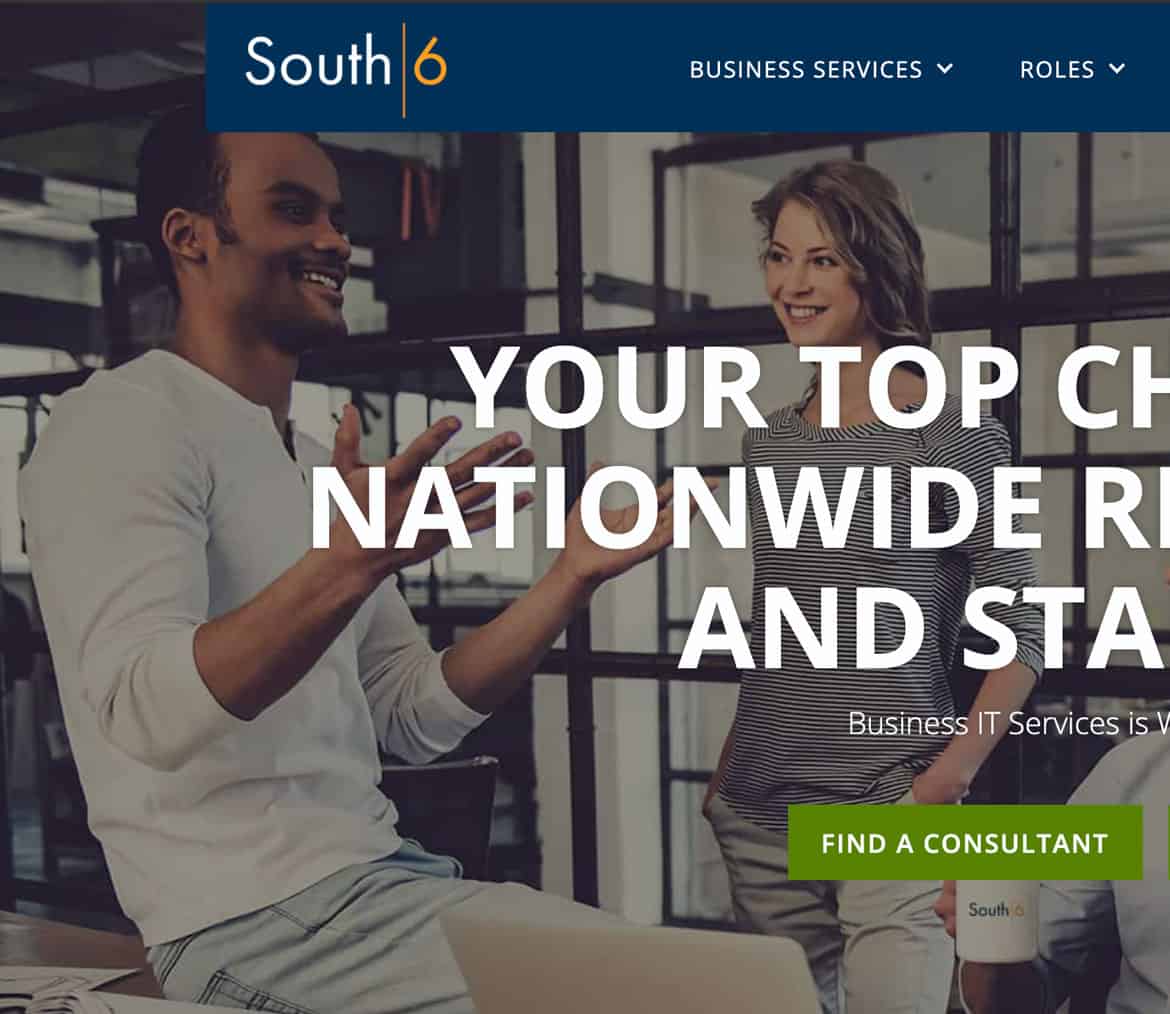 South 6 is an IT recruitment and staffing firm. After several years of focusing on the security segment of IT they've grown significantly and started reaching into other areas of IT. They decided it was time to refresh the original website to reflect the growth of the company as well as adding more of a personal connection with their audience.

When I first designed and developed the South 6 site years ago it was a 2 person startup that needed something fast. After a few months they decided to niche down to IT security. That worked to fuel their growth. With the additional of several staff members who have worked in the industry for years they decided to expand to all areas of IT recruiting and staffing. Their digital presence needs to reflect this expantion along with the new staff members.

We started this project right after the stay-at-home order for COVID-19. Given the distrubuted nature of the stakeholders and their roles within the company, the client decided a workshop wouldn't work. This gave me the opportunity to use a raft of new tools to conduct several surveys as well as one-on-one interviews.

Starting with gathering updated information on their competitors, I used Videoask. This allowed me to explain what I was looking for, giving them the opportunity to do a video response, audio response, or text. Within a half-hour of sending this out I received an 87.5% response rate.

From there I used Google Sheets to tabulate the data along with bringing in other sources of data to get a picture of the current competitive landscape.

Next up was to create their two main user personas. People looking to hire and people looking to be hired. Using a video to explain the what and why of user personas I also provided an axample to get them headed in the right direction. Using a form that fed the informaiton into an Airtable we were able to collect and sort the data based on the persona.

To wrap my head around the persona information and to start to group similar information I did a post-up in Miro.

The personas broke down into 2 main areas. Looking to Hire and Looking for Work. Within each persona we pain points, priorities, and mindset. This allowed us to put together a picture of who they are and what their goals are. This allowed to identifying the top tasks within each group.

We created the Brand Guidelines a couple of years ago we we only updated some of the colors for better contrast.

Before going full force in putting together the website we had to come up with the menu map.

From there we expanded outside of the website a little bit to come up with the flow the users would take to and through the site.

I built the site in Webflow. Webflow makes it intuitive enough for most clients to easily make content updates on their site. With the knowledge gained from the upfront usage of UX tools and pricinpals it was quicker to develop and launch the site.

Since relaunching I've added structured data to the job postings as well as a few other tweaks. This has reulted in: